It’s been a long time since I’ve been asking myself this question. As a Borussia Dortmund fan, I always witnessed my team counting with a mad support coming from the stands, against some other teams which have got absolutely no history at all, but they were bought by billionaires, such as PSG, Manchester City, and Chelsea, just to list some of them.

This morning, I was scrolling through the news on Twitter, and I saw “Pyramids FC” on the trending topics. I swear I have never heard of this club in my life until I read a post about it here on our website about them. They are being compared to Manchester City due to the massive amount of money invested in the club in order to achieve some goals.

The problem is that these goals are usually not normal goals, that would benefit local and possibly conquer international supporters, but personal goals that will benefit a single person. In other words, the club owner.

I’m not going to mention any owner’s name in here, because I think they are not relevant enough, and they kinda don’t understand the real meaning of Football or even Sports in general.

For those who don’t know, Pyramids FC was born in 2018, when its current owner bought Al Assiouty Sport club and renamed it to Pyramids FC.

And guys, believe it or not, it is coming to an end. As I was saying, I saw on this morning news that the billionaire madman has got tired of playing Football as he will end all of his investments in the Egyptian club. What a joke.

Well, that’s not really a bad thing if you stop to analyze the whole situation. Pyramids were being linked to results manipulation schemes in the Egyptian Premier League and they were throwing so much money on players – mainly from South America – and breaking fee records back and forth. All of this in literally months of existence.

Realistically, Pyramids would never be relevant. They would just win the Egyptian Premier League back and forth as it happens in France with PSG, in Germany with Bayern Munchen and in Italy with Juventus.

These clubs have one thing in common. They dispose of literally an Arsenal of money. They are almost banks. How many modern clubs based in Europe won the Champions League on the last decade?

Only Chelsea, who ended up taking a pathetically L in the 2012 FIFA Club World Cup final against a Brazilian club whose the whole squad altogether was cheaper than Didier Drogba, former Chelsea Star.

Don’t get me wrong guys. I’m not saying that PSG and Manchester City will never lift a European Cup. Just saying that it’s not going to happen until they really understand that Football is not about tons of money. It’s okay to sign some players, and getting stronger. However, when they start buying the media to be on your side and blind the supporters, while they desperately throw rivers of money on players or even try to buy referees, they will never really get their names booked down in history. A.C. Milan, Liverpool FC, Ajax, Nottingham Forest, and even Real Madrid, FC Barcelona, and Manchester United… Many of these clubs were even relegated before living their glorious days. They succeeded. They fought for relevancy. They conquered the status of Giants. These modern clubs can even buy the best players or build the most beautiful stadium in the world. But they will never buy History. It will never be erased. True passion and commitment are the keys to success. 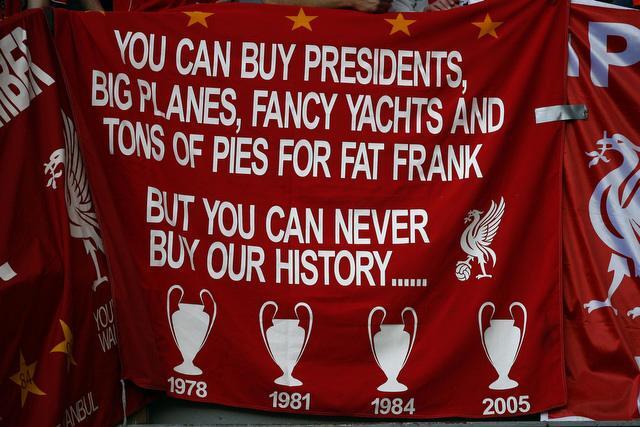